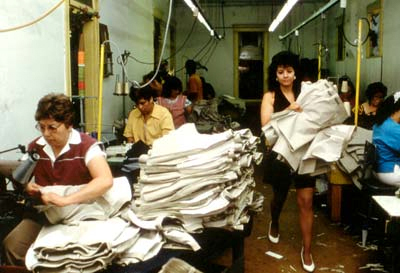 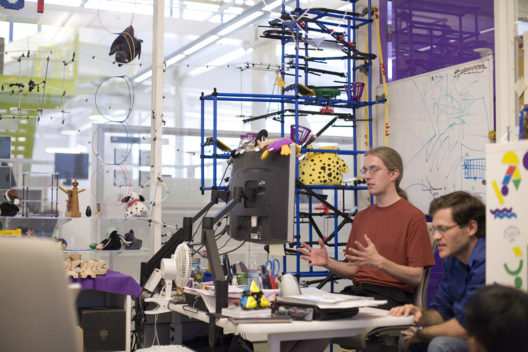 The recent article in the New York Times[1] criticizing Amazon’s corporate culture as a “brutal” and cutthroat culture has the business pundits all atwitter. It seems this company that has enjoyed astronomical success in on-line retailing may not be everyone’s idea of a great place to work.

Employees are reportedly expected to work up to 16 hours a day, respond to emails at all hours of the night, sacrifice family and vacation time for the sake of the job, and squeal on anyone who doesn’t show the right amount of dedication. There’s even a formal system in place to do the squealing.

One employee recalled, “They are told to forget the ‘poor habits’ they learned at previous jobs. When they ‘hit the wall’ from the unrelenting pace, there is only one solution: ‘Climb the wall[2].’”

Additionally, employees live in fear of the annual culling of the staff, referred to at Amazon as “purposeful Darwinism,” where the bottom tier of performers are summarily axed. While companies like Google and Microsoft[3] offer generous sick leave and even paid paternity leave, Amazon employees who suffer from illness or family crisis don’t enjoy such benefits because there is pressure to never use them. They report receiving unfair negative evaluations and/or being fired rather than being given time to recover.

This week I was interviewed by Ben DiPietro of the Wall Street Journal who asked me if I thought such a corporate culture was ok. (click here to read his interview with me.)

Culture Question: Why “yes”?
By any measure, Amazon is successful. In the 21 years since Jeff Bezos founded the company, it has come to dominate the world of online retailing. As of this writing, its market cap value is 175.1 billion. Mr. Bezos is the 15th richest person in the world with $34.8 billion dollars in his pocket[4]. And from a customer’s point of view, Amazon is awesome. I love the ease with which I can order everything from books to music to farm tools to fish pond supplies and they arrive at my doorstep within a day or two with free delivery (I’m an Amazon Prime Members, which costs $99 per year.)

So however brutal the pressure on employees to perform may be, it’s working. And, there seems to be no shortage of people who want to work there. Why?

According to the New York Times article, many employees consider working there great preparation for the world of tech and business. I get the impression that it’s like going through Marine boot camp. It may be stressful and you may not make the Marines your career, but you will probably learn a lot, you’ll be tougher than you were before and afterwards, you will probably be able to handle anything the tech world throws at you. Additionally, you get the opportunity to work on incredibly creative, cutting edge projects. Where else can you help develop the next Kindle or work on delivering packages via drones?

Amazon employees are required to embrace and practice the Amazon Leadership Principles, 14 behavioral guides that include: “Learn and Be Curious,” “Invent and Simplify,” and “Think Big,” all of which mean creative people have the chance to take their projects to their fullest potential. So the fact that many burn out and go to other companies after a couple of years doesn’t mean they regret having worked there. “It’s the greatest place I hate to work,” said John Rossman, a former Amazon executive who published the book, The Amazon Way[5].

So Why “No”
First: Because there are plenty of other successful companies that don’t resort to instituting such a draconian work culture. Take any of the Fortune 100 Best Companies To Work For List for starters. We never hear complaints from the employees at Google (listed #1 this year) about their working conditions and no one can argue with Google’s success. Lazlo Bock, a past Senior Vice President of People Operations at Google puts it this way: “Trust your people…you either believe people are fundamentally good or you don’t. If you do believe they’re good, then as an entrepreneur, a team member, a team leader, a manager, or a CEO, you should act in a way consistent with your beliefs. If people are good, then they should be free…Be transparent and honest with your people, and give them a voice in how things work[6].”

Ironically, one of Amazon’s Leadership Principles is to “Earn Trust,” but at Amazon, the concept flies in the face of their formal system that enables and encourages employees to tattle on each other. So maybe Bezos should do away with this trust killing system.

Second: Pressuring people to work 50, 60, and even 80 hours per week can be counterproductive. One has to ask how many reworks and corrections can be traced to the extra hours people work and ask where is the point of diminishing returns? Management consultant Verne Harnish puts it this way, “Amazon’s workers should not feel they must compete against each other for their jobs by putting in 80 hour weeks. Evidence is clear that working more than 60 hours a week is counterproductive. When you go above that, you end up working additional hours to fix what you messed up. This situation indicates an under-investment in employee education and development”[7].

Third: Creating a culture where outcome is everything and people don’t matter is a recipe for being a short lived company. In his landmark book, The Living Company[8], Shell executive Arie de Geus describes a study he conducted of companies that have stood the test of time. Looking at only companies that have lasted more than 100 years, like Shell and Procter & Gamble. (He even looked at an 800 year old Japanese mining company that continues to be in business today.) He was able to identify common factors that contributed to their longevity. One that stood out for me was that a company is more likely to last over time if it treats its employees as valuable assets, to be nurtured and developed, rather than as interchangeable parts that can be run into the maximum until they wear out then are simply replaced with a duplicate model.

Amazon’s employee turnover rate reflects the latter approach. It is the second highest of all Fortune 500 companies[9]. HR research has shown that replacing an employee can cost as much as 150% of that employee’s salary[10]. Since the median salary at Amazon is $93,000[11], that’s a whopping $139,500 for every employee who burns out and quits. Now, perhaps Amazon has decided that’s just the cost of doing business, but such a practice flies in the face of another of their 14 Leadership Principles – “frugality.”

Considering Arie De Geus’ work, it may be that the New York Times article is an early indicator of how Amazon’s culture may be faltering.

I do hope Mr. Bezos rethinks his HR policies and takes a look at how the corporate culture treats its most valuable assets, its people. To not do so is tantamount to ignoring the dead canary in the coal mine.