Building employee loyalty is probably the best thing you can do to control and reduce employee turn-over. In a previous videoblog, I mentioned that the cost of replacing an employee can be as much as 150% of the employee’s salary. If you’ve got a big turnover rate, you are paying a hefty penalty for an insufficiency of  employee loyalty.

What can you do to build employee loyalty?

The company was founded in 1917 by Greek immigrants Athanasios “Arthur” Demoulas (Demoulas Sr.) and his wife Efrosine. They settled in Lowell, Massachusetts where they opened a small store called, “The Acre,” affectionately 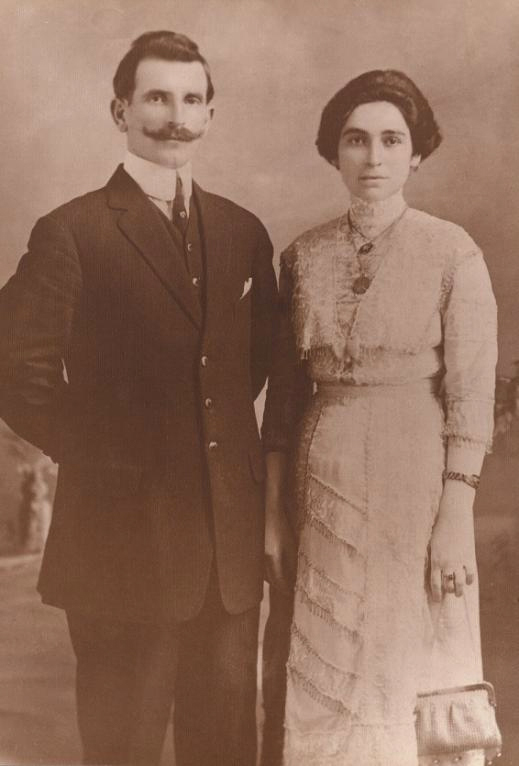 known as “Acre-Acropolis” because of its location in the Greek section of town. At first, the store specialized in lamb, pork and sausage but over the years, they changed their name to Market Basket and expanded into the very successful enterprise they are today.

Market Basket came to my attention because of an article in the Boston Globe that described how the employees had gone on strike. Of course, it’s never good news for a company when a strike happens, but what made this interesting was the reason for the strike. It was not because the employees wanted more pay, or more benefits or better working conditions. It was because they were protesting the firing of their CEO, Arthur T. Demoulas.  Arthur T. is one of the grandsons of the of the founders, Athanasios and Efrosine Demoulas.

The reason for Arthur T.’s firing?

There are only nine shareholders of Market Basket, all members of the Demoulas family: Arthur T. and his three sisters; Arthur S. and his two sisters; and his brother’s widow, Rafaele, and her daughter. The shareholders appointed members of the seven person board of directors. Arthur T.’s side of the family chose two directors, two were chosen by Arthur S.’s side, and three were chosen by majority shareholder vote. (Source: We Are Market Basket)

In 2013, against the wishes of Arthur T, the board voted to distribute a one-time shareholder dividend of $300 million. The main beneficiaries of this distribution would be the family. Arthur T. wanted to use a portion of the funds for a distribution to the employees. The disagreement led to Arthur S.’s faction of the family voting to fire Arthur T.

When the employees heard about this decision, they were so upset they went on strike. When customers got wind of what had happened, they too started boycotting the stores and many joined the employees on the picket line – all to protest the firing of Arthur T. Now, that is loyalty. Can you imagine your employees going on strike if you got fired?

Why so much employee loyalty for Arthur T?

The consensus is that Arthur truly cares about his employees and doesn’t hesitate to show it with actions and words. In an interview taken during the strike, the Boston Globe reported:

“Talk to almost anyone on the picket line and you’ll hear the story about Arthur T.’s famous personal touch. How he checks on his ill workers, asks about kids and spouses and offers personal comfort at funerals or whenever appropriate. At one rally in Tewksbury; Middleton store manager, Terry McCarthy described the call he received from Arthur T. two years ago when a serious car accident sent his daughter to the  hospital.

“Mr. Demoulas got on the phone very reassuring, very professional like he always is.” McCarthy recalled. He said, “Terry, is that hospital able to handle her injury?” The next question he asked — I’ll take to my grave — he said, “Do we need to move her?” Is it any wonder that the employees of Market Basket love Arthur T.? Source: Boston Globe, August 22, 2014

So how does employee loyalty affect turnover?

And is it any wonder that while the average employee turnover rate in the grocery industry is 38.7%, Market Basket enjoys a turnover rate of 5%? People love working at Market Basket and a big part of why is that they feel like their CEO cares about them.

So, it’s probably wise to ask yourself if you are showing that you really care about your employees? By distributing excess funds to them if you have the opportunity? By inquiring about their families. By offering to help when their daughter is in an accident? By being someone whom they know is there for them? By following the example of Arthur T. Demoulas showing that you care?

Well, that’s our lesson for today. Next week we will address another issue around this whole subject of retaining good employees. Till then, if you need to reach me, I’m at 602-943-0985 or you can email me larry@larryjohnsonspeaker.com. Until then, have a good one.