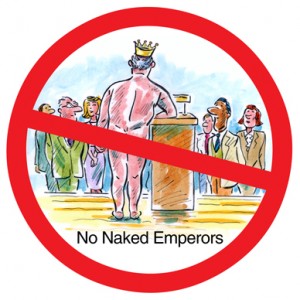 On September 19, 2014 Omar Gonzalez, a 42-year-old knife-wielding Iraq war veteran, jumped the White House fence, ran across the lawn and entered the mansion through the front door. The door was supposed to be locked but unfortunately it wasn’t. After entering, Mr. Gonzalez overpowered a secret service agent and made his way to the East Room, where he was finally apprehended by multiple Secret Service agents. The ease with which he pulled this off so incensed members of Congress that they are holding investigative hearings on the performance and conduct of the Secret Service.

During these hearings, it has come out that there was a previous incident at the White House in November of 2013 when a gunman named Oscar R. Ortega-Hernandez took shots at the White House from outside the grounds, successfully hitting the building. During that event, Secret Service Officer Carrie Johnson was on duty, standing under the Truman Balcony on the south side of the building. She became aware of the attack when she heard shots and felt marble and glass cascading down on her from bullet strikes on the walls and windows. She told several senior officers that she thought the house had been hit.

According to CNN[1], the next day, during a briefing prior to beginning her shift, Officer Johnson listened as her supervisors explained that the gunshots were from people in two cars shooting at each other and that the shooting did not involve the White House. Officer Johnson knew better but did not challenge her superiors, “for fear of being criticized.”

Later that day, the FBI searched the area around the Truman Balcony and nearby grounds for casings, bullet fragments and any other evidence. They found $97,000 worth of damage to the building from the bullet strikes.

Luckily, in this case the damage of Officer Johnson’s fear of disagreeing with her superiors, although she knew it to be the truth, was minimal. It merely caused the Secret Service some embarrassment (which the Secret Service needs now like a hole in the head.) Such reticence on the part of subordinates to give managers timely and necessary feedback, however, can have much more devastating  results.

For example, on February 9, 2001, the nuclear submarine U.S.S. Greenville was conducting a special tour for a group of civilians off the coast of Hawaii. They chose to demonstrate an “emergency blow,” rapidly rising from the ocean depths and breaking through the surface like a whale playing in the waves. The crew wanted to show the visiting civilians what the submarine could do and, according to testimony, “give them a bit of a thrill.” Unfortunately, the rapidly emerging submarine collided with the Ehime Maru, a Japanese fishing vessel, sinking the small boat and killing nine of the thirty-five people on board.

A subsequent U.S. naval inquiry uncovered many mistakes made by the Greenville’s captain, Commander Scott Waddle and his crew that contributed to the deadly accident. Not the least was the failure of the fire control technician (FCT) to warn Commander Waddle that the sonar display had identified a ship in the area. During the inquiry, Rear Admiral Charles Griffiths, Jr. testified that, “The fire control technician should have heard Waddle’s assessment of the situation and questioned it…he should clearly have forcibly told the captain and the officer of the deck.”

In a subsequent interview, Navy Captain Conrad Donahue, who has commanded two nuclear submarines during his twenty-seven-year career, stated that, “On this particular ship, and on a lot of ships in the Navy, the crew has so much trust in the skipper’s abilities that they don’t question him when they should. The FCT had a ship on the display but he saw the captain looking through the periscope. He probably assumed that if the skipper didn’t see it…it wasn’t there.”

These two incidents look a lot like cases of “The Emperor’s New Clothes.” How often does it happen in an organization that, for one reason or another, no one tells the manager what the manager needs to know and as a result, the manager or the company blunders into a disaster? Perhaps an account manager spots serious flaws in a marketing strategy but because she’s new in the position, feels timid about speaking up. Maybe someone from the management team has a bad feeling about entering into a risky business deal, but says nothing because everyone else is so gung-ho about it. Or perhaps nobody in one department voices any complaints about an unqualified, nonperforming employee in a key position because they are reluctant to question their manager’s hiring choice. “She’s the boss,” they reason, “she must know what she’s doing.” Even worse, they keep silent because they are afraid of retribution for appearing disloyal and perhaps with good reason: If the manager has punished other bearers of bad news, why would anyone volunteer to be her next victim?

Managers don’t need to be as vain and stupid as the naked emperor to make bad decisions. Sometimes, the brightest and best simply have limited perspectives. (After all, a U.S. president, Rutherford B. Hayes, told Alexander Graham Bell he had “an amazing invention, but who would ever want to use one of them?” Thomas Watson, the man who led IBM from the age of typewriters to the beginning of the computer era, said in 1943, “I think there is a world market for maybe five computers. Television was originally written off as “a passing phase.”) Whether they’re out of touch with current trends, sensitive about not having all the answers, or simply misinformed, all managers must rely on honest feedback from their employees. Otherwise, they, like the naked emperor, are destined to make and support poor decisions.[2]

You may ask, “So what?” How can I get my people to be unafraid and to tell me what I need to know?

In our book, Absolute Honesty: Building A Corporate Culture That Values Straight Talk, my coauthor Bob Phillips and I spend several chapters discussing this very topic. For purposes of this article, let me suffice it to say that there are three critical things a manager can do to encourage honest feedback from subordinates:

Just doing just these three things, on a regular basis, won’t guarantee you’ll never be embarrassed like the Secret Service folks have been, but it can raise the odds you’ll be a well dressed emperor.