This is the 6th in the series of video blogs I’m doing on improving corporate culture by having an accountability conversation.

What does “Having an accountability conversation” really mean?

In our last session, we talked about the importance of knowing the gap between what you’re getting from an employee and what he or she is actually delivering.  Until you can describe that gap to yourself, it’s really impossible to describe it to employees.

The next step is to confront non-performance.

This is where some of us get a bit shaky. For those of you who don’t mind confrontation, this may not a problem but for many of us, we’re kind of chicken. It’s hard to get up the gumption to sit down with an employee, look them the right in their eye and say, “Hey, things must change. I expect some accountability from you.”

Now, before you have this conversation, here are some things to consider:

Apply the “Can’t do versus Won’t do” principle

This is what I call the “Do or die test”. That means, in your own head, think about if this employee were threatened with death, could they do what you want them to do? And if the answer is, no, they couldn’t, then it’s a “can’t do” problem.

If, on the other hand, they could do it if their life depended on it, then, it’s a “won’t-do” problem.

If it’s a “can’t do” problem, you might want to give them the kind of training necessary so they can do it. Or, if they lack the tools or the resources to get the job done, you perhaps need to provide those resources.  Or, maybe, they just don’t have the intelligence or the ability. It’s just not in the cards for them to do it, in which case, maybe you need to find them different job, or, as a final resort, let them go.

Now, if it’s a “won’t do” issue, then it’s time to conduct a corrective discussion with the employee to see if you can get this problem turned around. Before you do so, here are some steps to take:

Get your management’s support.

You don’t want to say something like, “This needs to change, and if it doesn’t, I’m going to have to take a certain steps,” if you don’t have your boss’s backup to provide those steps.

Very often, especially when there’s a difficult conversation to conduct, we beat around the bush rather than get to the point. For example, we sit down with this employee in our office with the door closed and start talking about how the Cubs did last night or something else off the point. I think that’s not fair to the employee because it sets them up to think, “Oh well, I don’t need to take seriously. ” So, I think it’s important to get down to business and say, “I’ve got something important to discuss with you.”

Use a firm and but fair tone.

If you want to be taken seriously, it’s important that you sound like you’re serious.

Focus on the present and the future rather than on the past.

The past is a kind of a dangerous place when discussing problems. Nobody can change the past. It’s gone forever. When you say, “You made a mistake,” can the person do anything to change the fact he made a mistake? No. We’ve put him in a box from which he can only escape by humiliating himself with an admission of guilt or by arguing with you about whether it was a mistake or not. Better to say, “That’s not correct (present tense). In the future, please make sure that it is corrected (future tense.)”

I have been married to my wife for 48 years, but I can still, amazingly enough, remember when we started dating. She was dating a couple other guys whom I knew and of which I was jealous. Now, 48 years later, would it be helpful for me, in the midst of an argument with her, to say, “Back before we got married, you dated that slime ball?” She would likely say, “Yeah, but then I married you. I must have been on a roll.”

The past is gone and you can’t change it. So, it’s better focus the conversation on what’s going to happen in the future so that things change.

The employee may have a very valid reason for not performing the way you wanted him to perform, so you want to hear it and respond to it if you can.

If you’re not up on your Greek mythology, Pygmalion was a king who was also a sculpture hobbyist. He  sculpted a statue of a beautiful woman he named “Galatea.” The statue was so beautiful, and Pygmalion was, frankly, a so weird that he fell in love with his own statue. And I don’t mean love as in pride of workmanship but  as in “I’m hot for you” kind of love. So, Aphrodite, the goddess of love, took pity on Pygmalion because his love was so intense and brought the statue to life. It turns out to be a tragedy because, in the end, Pygmalion would rather have statue than a real woman. I told you he was weird.

Pygmalion was also the name of a play by George Bernard Shaw, which later became the musical My Fair Lady. If you saw that musical, you might remember the story of how professor Higgins took a flower girl from the streets of London, and on a bet with a colleague, transformed her from a flower girl to a beautiful lady that he was able to pass off as a princess to London society. And of course, they fall in love in the process and it’s a beautiful story. If you haven’t seen My Fair Lady, it’s well worth seeing.

It speaks to the fact that when you think somebody will do well, and you treat them that way, they tend to do better. Likewise, if you think they’re going to do worse and you treat them that way, they do worse. So, remember the Pygmalion effect as you go into this conversation you’re going to have with this employee to turn his performance around. Try to put aside negative thoughts you have about him and try to see him in your own mind as having the potential and intention to correct the problem at hand. 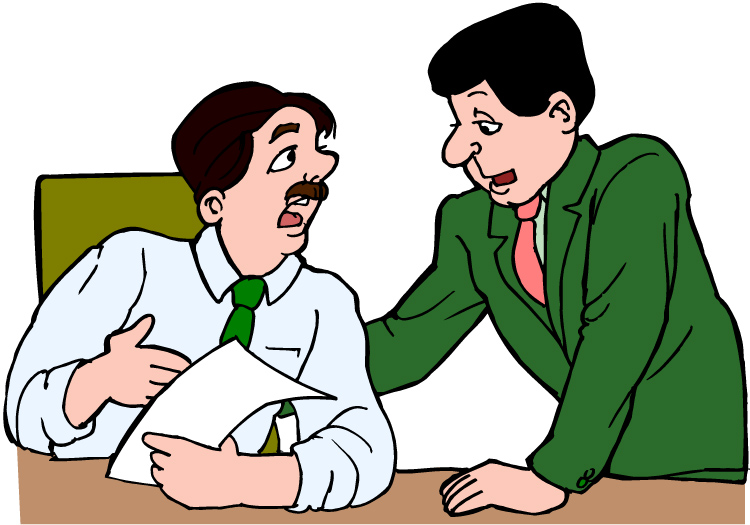 Have a Conversation About Accountability

Now let’s take a look at a roadmap for conducting this conversation (always in private.)

“George, I have a concern. I noticed that you’re coming in late. Twice this week, once the week before. Are you aware that we all start work here at eight o’clock.

This is really critical because if you want him to listen to you, it requires that you listen to him. All relationships are reciprocal. When you listen to the other person first, and he or she knows you’ve listened, the odds go up that he or she will listen to you. So, when he expresses excuses or reasons why things are not the way they should be, it’s important that you really truly and listen and then repeat it back so he knows that you know what he’s concerned about.

For example, if we’re talking about getting here late and he says, “Well, you know, I have kids that have to get off to school at 8 o’clock and so, it’s sometimes just not possible to get them out of the house in time for me to get to work by 8 o’clock”. If you respond. “So you’re saying that your kid’s school schedule is the problem?” Is there something we can do to change that schedule? Let’s talk about it.”

Now, he knows you’re listening, he knows you’re responding and taking him seriously which raises the odds, he’ll listen, acknowledge your point of view and actually do something about what your issue is.

Ask for, and agree on a solution.

“George, if you make arrangements to have your sister-in-law pick up the kids at 7:30, then you can commit to me that you’d be here by 8 o’clock every morning. And can I have your word on that?”  And you’ll either get a yes or no and then you can talk about more if that’s necessary.

Now, I wouldn’t do this next step every time you have a correction conversation, but if the problem recurs, and you have second conversation about this problem, describing the consequences of continued non-performance may be appropriate. It’s important he knows that you’re not just messing around here, that things will change and it will not be pleasant if he doesn’t make an effort to change the issue, solve the problem and take responsibility to be accountable.

Express confidence in the employee.

This is where you apply in the Pygmalion Effect, “I know you can take care of this George, I have every confidence in you. You’re a really valuable employee and I don’t want this to mess you up.”

And then finally, follow up. If George corrects the problem, let him know you appreciate his effort. Remember, reinforced behavior gets repeated.

On the other hand, if George starts coming in late after he has agreed to solve the problem and you don’t say anything about it, you are reinforcing the very behavior that you don’t want.

Finally, by doing so, in doing this whole process really, you have established that standards by which you’re a leader. “These are the rules of the game and this is what I believe in and these are the standards to which I am going to hold everybody accountable”.