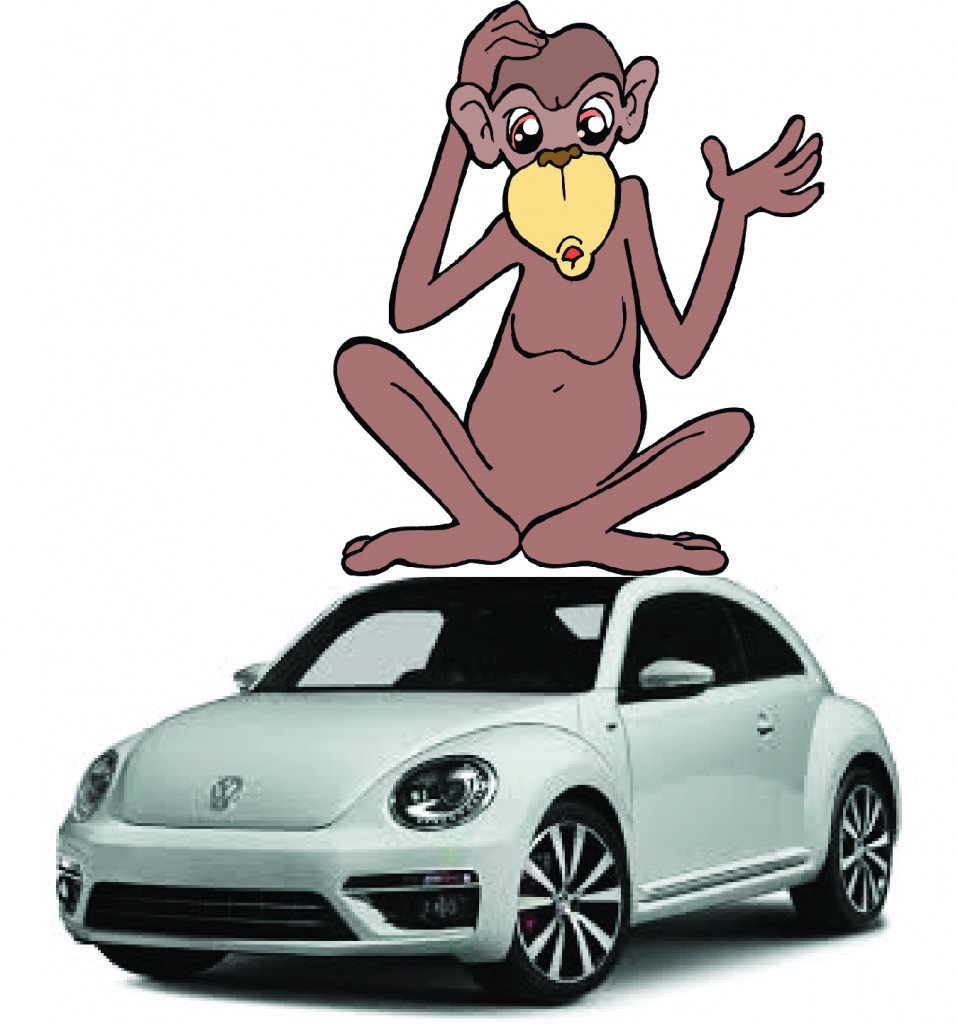 Leadership at mighty Volkswagen was embarrassed this past week when the company was caught cheating.  The ensuing scandal has forced CEO Martin Winterkorn to resign.

To enable its Diesel automobiles to pass rigid U.S. emission control standards without losing any noticeable power, the company has, for years, installed special software to get around the inspection system.

To do this without cheating is like trying to bend the laws of physics. You can have full power with no control on emissions. That’s why NASCAR racecars and dragsters have no mufflers or catalytic converters and sound like hurricanes. Or, you can put mufflers and catalytic converters on them that reduce emissions but also reduce horsepower. It’s hard to have both. So rather than controlling it’s diesel engine’s emissions at the sacrifice of the horsepower and potential loss of sales, VW cheated by building in software that would reduce emissions and horsepower during testing, but then restore both during normal driving. Pretty clever – until they got caught.

Of course, leadership at VW denies knowing this was happening, blaming rogue engineers for the malfeasance which is not surprising. We all know what rolls down hill when trouble strikes. None the less, the German state of Lower Saxony has launched a criminal investigation into former CEO Martin Winterkorn.

Of course, we’ve seen this all before. In 1973, Ford Motor Company became engulfed in a firestorm of lawsuits over its failure to install safety features that would keep Ford Pintos from exploding when involved in rear end collisions. A cost-benefit analysis prepared by Ford environmental and safety engineers estimated that if left unfixed, Pintos and Ford Light Trucks would cause 180 burn deaths which would result in $49.5 million in legal damages. They calculated that the cost of correcting the fault in the fuel system that caused the problem would be $11 per vehicle, or $137.5 million total. So Ford leadership decided to not make the repairs. Like the gangsters in the movies say when they murder an associate, “It was only business.”

In June 1992, Sears, Roebuck and Company, an organization with a longstanding reputation for honesty and reliability, was devastated by a series of sting operations. Sears Auto Centers from California to New Jersey were caught overcharging customers for unneeded parts, repairs, front-end alignments, and brake jobs. As a result of a class action suit brought by forty-four state attorneys general, Sears paid $27 million in damages and provided reparations in the form of $50 coupons to thousands of customers it had bilked. At the time, Sears Auto Centers had close to $3 billion in revenues, so it was a minor penalty, but the business it lost by damaging public confidence in Sears was immeasurable.

As recently as 2014, GM announced the recall of more than 2.6 million cars and trucks because of faulty ignition switches the company had known about since 2007. The switches, which would turn off unexpectedly, leaving the car without power steering, had led to the deaths of 13 people and the injuries of countless others. Although GM’s new CEO, Mary Barra convinced a congressional hearing that top management was not aware of the suppression of the problem, it is obvious that someone in the management of production knew and had knowingly cheated to avoid the expense of the recall.

Besides the cheating, what these three cases have in common is a corporate culture where the pursuit of profit at the expense of human welfare is acceptable. Obviously, hitting money targets was more important than doing the right thing. And for that, each company has had to pay a high price in damaged reputation, fines, and loss of business. But that’s not all.

In each case, there were managers and others in leadership roles throughout the chain of command who must have gone along with the deception. Who were bad actors in the play, and I can only imagine the effect that they had on those who report to them – who look to them for a model of how to behave. If my boss is complicit in deceiving customers by facilitating the installation of malicious emission control software, should I feel any different about stealing time from the company? If my manager urges me to swindle customers by selling them unneeded parts, can you blame me if I take a few tools home. If I believe fervently in saving our planet for future generations (as do many, especially new millennials), can I commit myself to a company that flagrantly cheats the system to avoid doing so?

As managers and supervisors, I think we all have to ask ourselves how we would react if we were working for Ford or Sears or GM or Volkswagen. That’s a tough question, and I hope you are never in that dilemma. But I think it is important to remember that situations often arise that give us the choice of doing the right thing or not – and no matter what we do, the people who work for us are always watching. And here the old saw applies: Monkey See, Monkey Do.